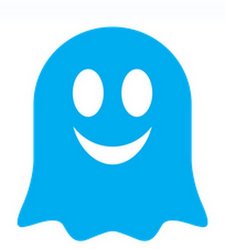 This week, Ghostery, one of my favourite ad and tracker blocking addons for FireFox had a major upgrade.

I didn’t even realize Ghostery had updated, as this is common with many addons each time I restart FireFox. What I did notice is a blue ball with numbers in it that started appearing in the corner of the screen. It demands attention by flashing and expanding in size. Taking my attention away from what I actually want to look at. It took me a few minutes of checking and turning off various addons till I discovered this was a new feature of Ghostery.

Now that I know Ghostery had this new annoying screen icon, I tried to figure out how to turn it off. The settings were now hard to find, and there was another change I had never noticed, that I was now being asked to sign-up or log-in to make changes, and it announces that it is phoning home. What?! My ad and tracking app is now phoning home and wanting me to sign up for making settings changes?

The familiar Ghostery interface that was very intuitive is all gone, now it’s a complicated expanding interface with many more steps to do the same changes, and appears to have even less settings. The new user interface has a significant learning curve in my opinion.

So I decided to check the addon page at the FireFox website. The last several reviews are 1 star and similar complaints to mine, with comments about uninstalling. Which I decided to do as well. I never did find out how to turn off the annoying blue ball icon.

So why the changes? I can only imagine it’s a new business model to collect user info and move towards ads or a paid for business model of some sort. I’m fine with ideas turning into a business, making money, and commercialism. So long as I’m given the option to use a free version or a paid for version, and the priduct doesn’t suck after the move has been made. I don’t know if this is the direct that Ghostery is going, but if it’s not I’m baffled as to the phoning home, logging in, and the destruction of a fantastic, well thought out, user interface for a very useful tool.

4 thoughts on “Ghostery 6.0 Thumbs Down”